Coming in hot just over a week after the last release, this update contains some Online-focused improvements to improve your social Picross experience! 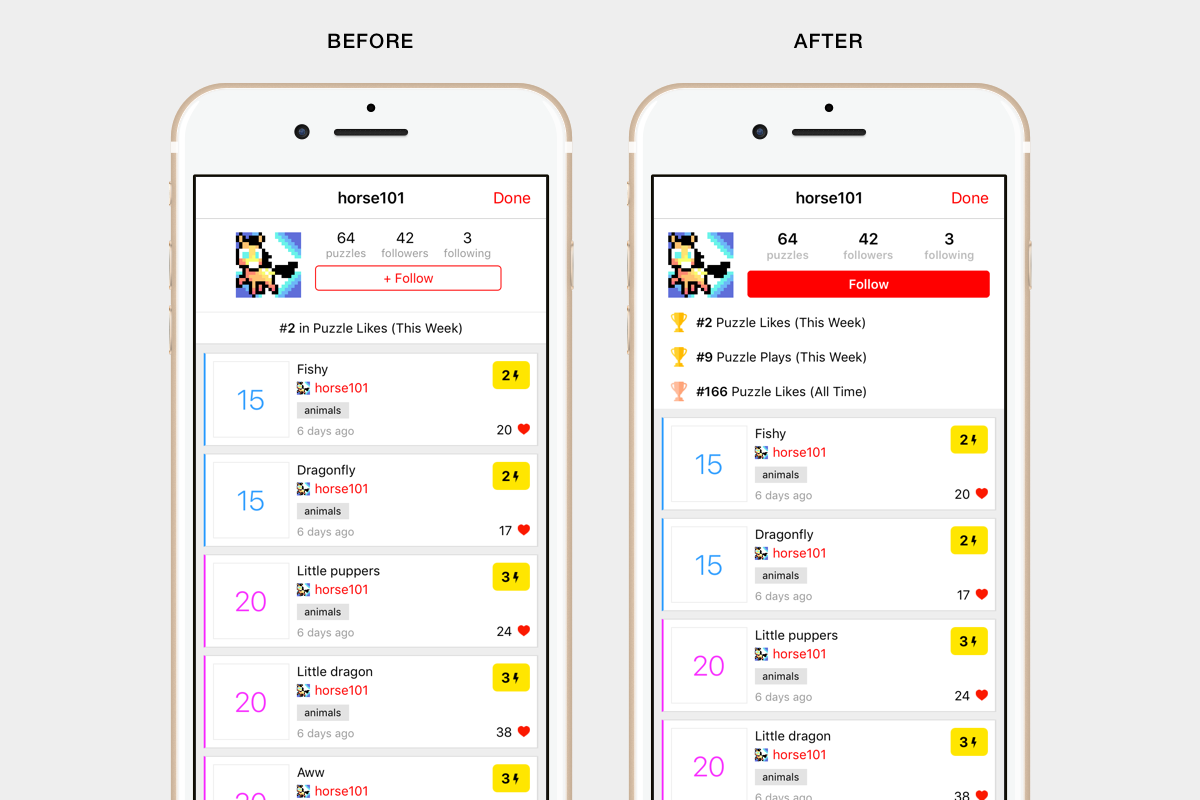 Profiles now adjust to big screens nicely and have a larger, bolder Follow button to attract more followers. There's also a larger focus on your achievments--your profile will now display up to 3 leaderboards that you rank on, regardless of whether you're primarily a player or an artist.

Leaderbords received a nice visual refresh, and some leaderboards now update more frequently. Plus, there's finally an all-time Stars Earned leaderboard! That's right, after years of the stars icon in the Puzzles tab doing nothing when you press on it, it finally has a purpose.

Plus, if you're on Android, you won't get an annoying in-your-face alert every time a notification comes in.

You might also notice that notifications now update in real time while you're in-game. Neat!

Some of you reported that some numbers weren't showing up on certain puzzles as of the last update. This is now fixed. Thanks for your reports, and especially for including screenshots!

Technical details: In 5.12.1, I improved number rendering to reduce blurriness on Android by using small, base64-encoded versions of the numbers (about 7x7 pixels each) when numbers were below a certain size instead of scaling down 300x300 png's require'd through Metro Bundler.

The readability difference was drastic, but it turns out that React Native's Image component has a bug that causes it to occasionally not load base64 images on initial render: https://github.com/facebook/react-native/issues/12120

I've reverted to using require only, but kept the dynamic loading of smaller images on Android. This retains the readability improvements while ensuring all numbers show up when you open a puzzle.

Leaderboard generation for many leaderboards is now much more efficient, putting less strain on the database so you will have a smoother online experience during busy playtimes.

Until next time, thanks for playing Falcross!

Typescript is a one-way street: Once you start using it, it's hard to go back to plain JS. In…